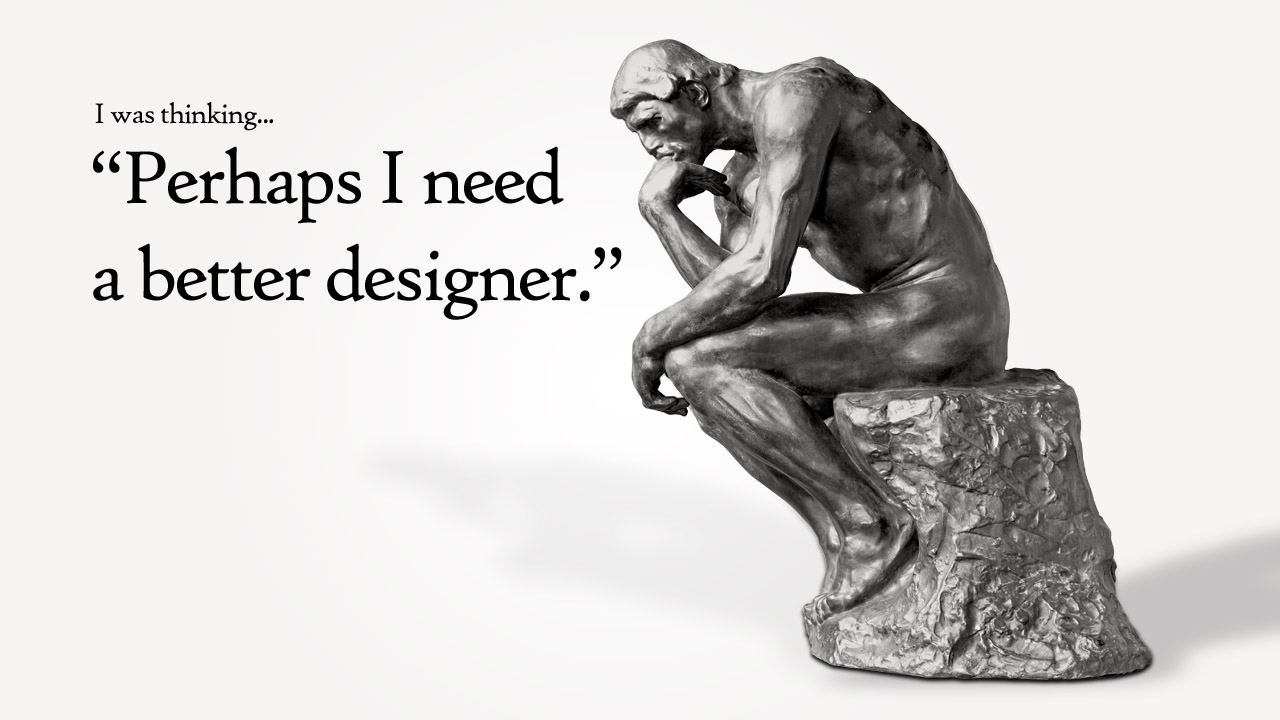 Sort of a corollary to "hire a pro and let them get on with it"...

Why? Because it makes you more money.

Especially in these times of economic crisis, the tendency is to save every penny. And ironically the first thing to cut is seemingly "non-essential" promotion. Not good. Is it possible that if your project's quality and effectiveness is governed by the tightness of your low budget, perhaps you should rethink your budget?

And behind that, it comes from the idea that there's no money out there, so better save what little we have, and a doubt of any return revenue from the promotion expenses. Not true. There is money out there, especially for legitimate expenses and sound investments. Your buyers included. And if everyone thought that way, to cut cut cut all the time, no one would ever spend a dime, even for necessities or a legitimate investment they could easily justify. And indeed, there's the essence of the economic crisis. It's a vicious circle.

We don't subscribe to that way of thinking, and instead believe on the contrary that if each and everyone of us keep consistent promotion ongoing, then the pennies—indeed, the dollars—will make themselves. Because others need what you provide, and so on throughout the world.

Further, sometimes you don't know from where you gain an increase of revenue, and direct response doesn't seem to be connected to your promotional dollars. No one called in response to the new advertisement, but suddenly things picked up. Magic, right? No, just consistent promotion.

Did you know on average buyers will visit your website up to 7 times before they contact you to buy? That's the facts.

So no, certainly don't needlessly waste money and time and resources... But never cease promotional efforts, as that's what keeps the economic world in motion.

We're here to help. You need a hand?